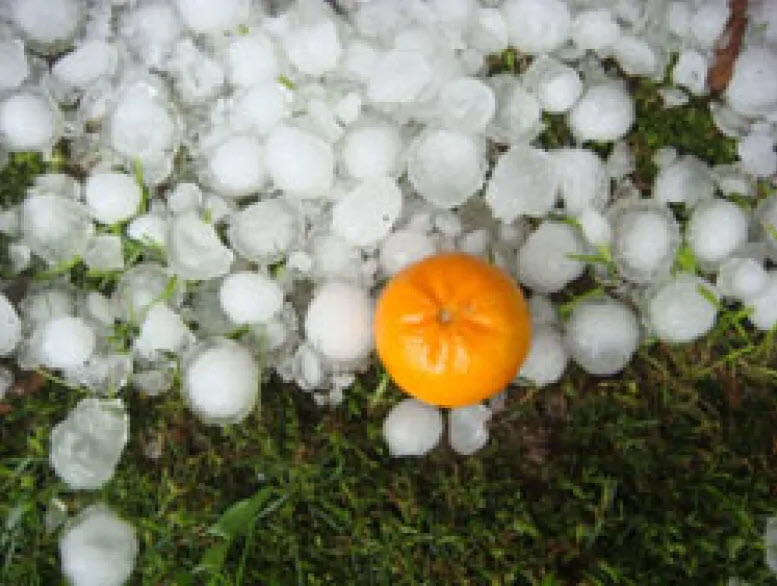 A severe thunderstorm swept through Mississauga, Brampton and Toronto on Saturday, bringing heavy rain, lightning and hail — some of it the size of ping-pong balls.

Ice pellets reportedly damaged cars and roofs in the north end of Toronto.

Along with the hail, wind gusts of up to 90 km/h were reported.

Hail can form as a result of strong updrafts in severe weather systems. A newly formed hailstone begins small but can grow as it meets a rising current of air and new drops of water cling to it.